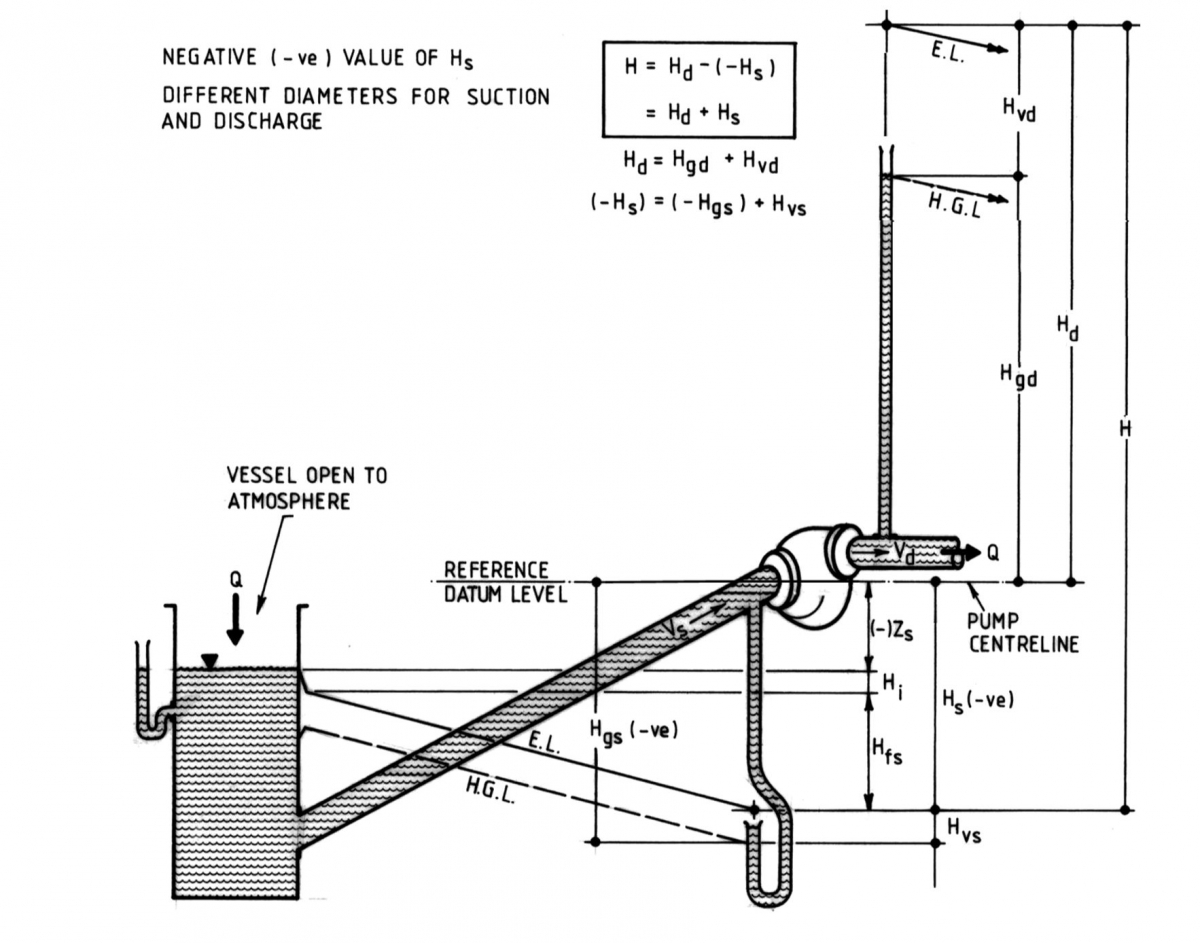 The main components of Total Dynamic Head are:

a) Total Discharge Head, and

The values Hvd and Hvs are always positive (+ve)

If applicable, additional terms must be included in the formula to account for increased value of Hd, due to any contractions (for example, nozzle friction loss) and enlargements; friction loss in a flow-measuring device and exit into pressure-fed equipment, for example, a hydraulic cyclone.

If applicable, additional or substitute terms must be included in the formula to account for increased or decreased values of Hs due to any contractions, enlargements, flow measuring device. These are as follows:

NOTE: Values of Hs are directly applicable in NPSHa calculations and in selection of shaft-sealing arrangements.

The term “Total Dynamic Head” correctly describes the driving force developed by a centrifugal pump, regardless of the Specific Gravity of the liquid or slurry pumped. The head (+ve) or (-ve) at any point in the system may be converted to pressure or vacuum, respectively, by the application of conversion formulae.

Total Dynamic Head, H, is the head which is required by a given system to maintain a given flow rate, Q, through the system.

H varies as the flow rate through the system, Q, varies. The relationship of H with Q is known as the System Resistance and may be expressed algebraically or graphically.

Figure A4-1 illustrates a pump discharging a flow rate, Q, with discharge and suction gauge pressure heads, both relative to atmosphere and both corrected to pump centreline, measured at the pumps discharge flange and at the pump suction flange, respectively. All heads are expressed in metres of actual mixture being pumped.

The Total Dynamic Head, H, required to maintain flow rate Q through the system is the algebraic difference between the Total Discharge Head and the Total Suction Head.

These velocities represent the actual values for average velocity at the pump discharge flange (Vd), and at the pump suction flange (Vs), respectively. 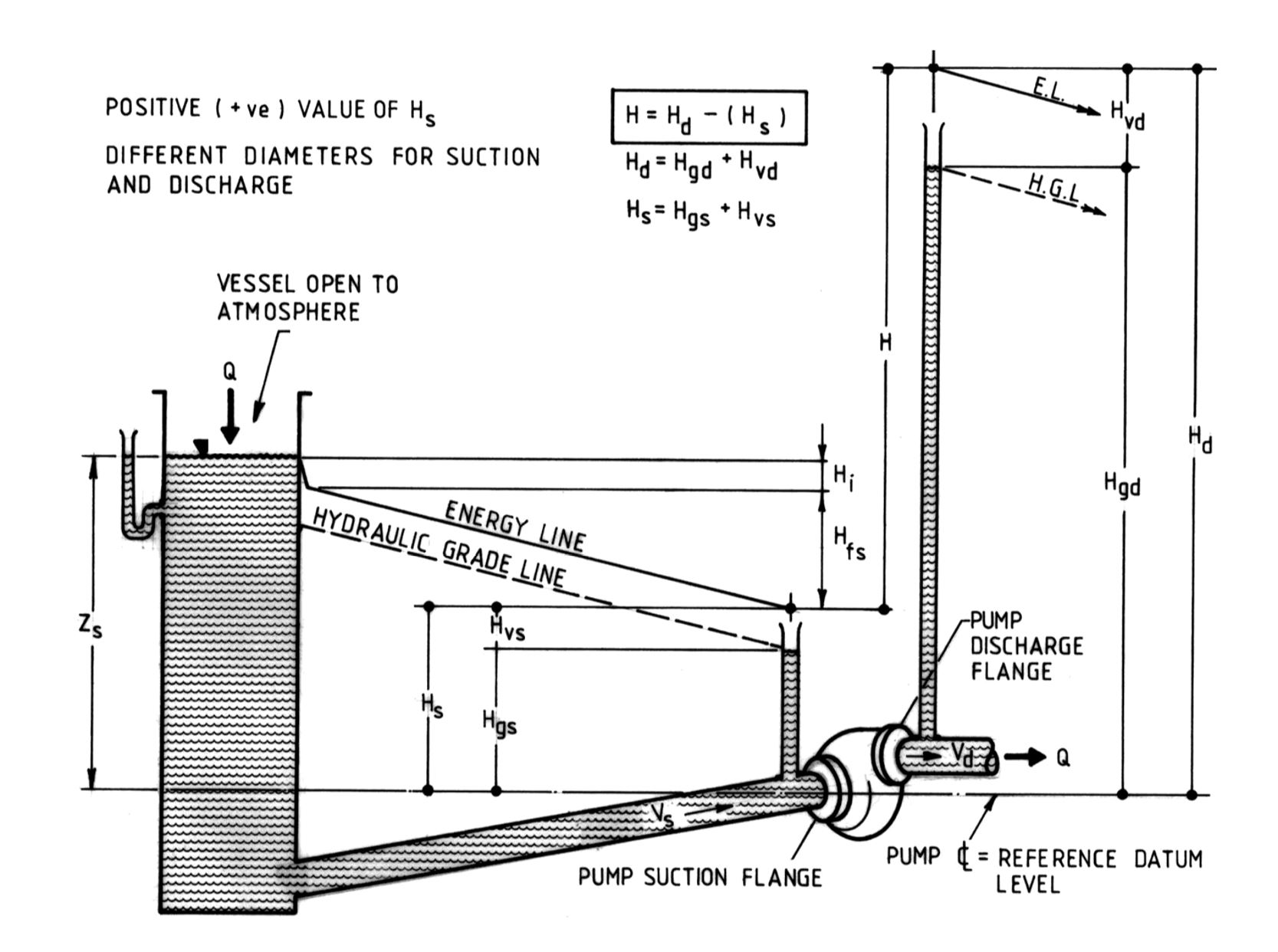 When Hs is negative (-ve) that is, a vacuum head is indicated by the gauge, as in Figure A4-2, the substitution of the negative value in the formula serves to positively increase the value of H with respect to Hd 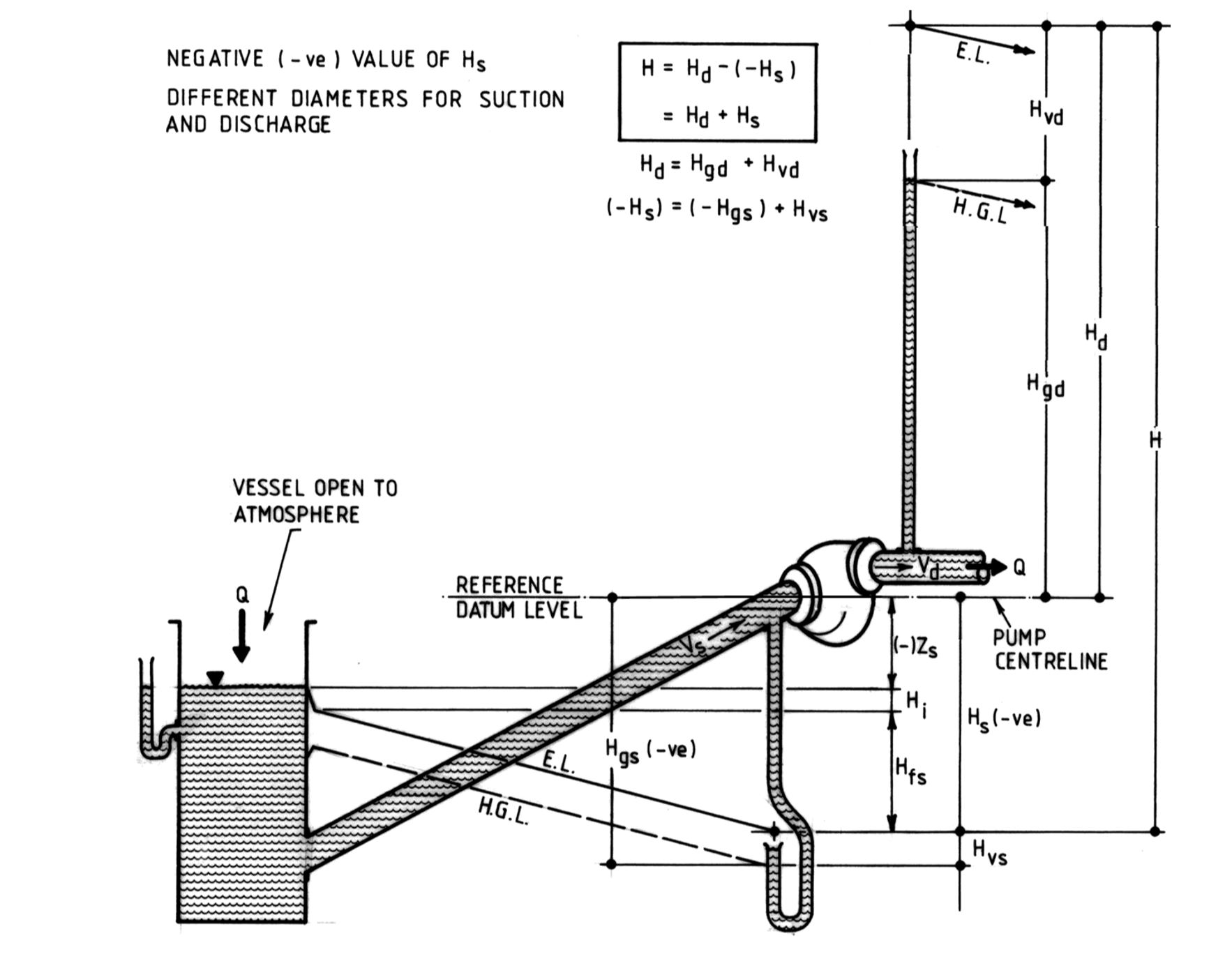 As H = (Hd) – (Hs) and as the suction and discharge pipes are often of different internal diameter, it is advisable to estimate values of Hd and Hs separately. The formulae used should be the Basic Simple Formulae, but amended where necessary to allow for any additional or substitute terms specific to the proposed duty as follows:

i) Head Loss on conical enlargement (see Figure A4-4);

i) Head GAIN in supply from Pressure Vessel, Hpr;

FIGURE A4-3 EQUIVALENT LENGTHS OF PIPE FITTINGS AND VALVES

Values of Hfs and Hfd should be estimated separately, for example, during the preparation of the respective separate sets of calculations leading to the estimates of Hs and Hd. By separately estimating Hs, its value is readily available for use in NPSHa CALCULATIONS, (refer to APPENDIX 6 – NET POSITIVE SUCTION HEAD (NPSH)), and in the selection of Shaft-Sealing arrangements (refer to Shaft Sealing).

Separate provision is always made in the standard formulae for the terms:

i) Hi, the Inlet Head Loss (Suction side only), and

ii) Hve, the Exit Velocity Head Loss (Discharge side only).

That is, the terms Hi and Hve are included in the standard formulae for Hs and Hd respectively.

c) Head Losses due to Contractions and Enlargements

These additional head losses are calculated by use of the formulae provided in Figure A4-4. As no separate provisions are made in the standard Hs and Hd formulae for individual symbols or terms anticipating these friction head losses, any such estimated head losses, if applicable, should properly be added to the values calculated for Hfs or Hfd respectively.

Friction losses in jet nozzles (Hn) may be treated as for conical contractions unless more reliable head loss data is available. 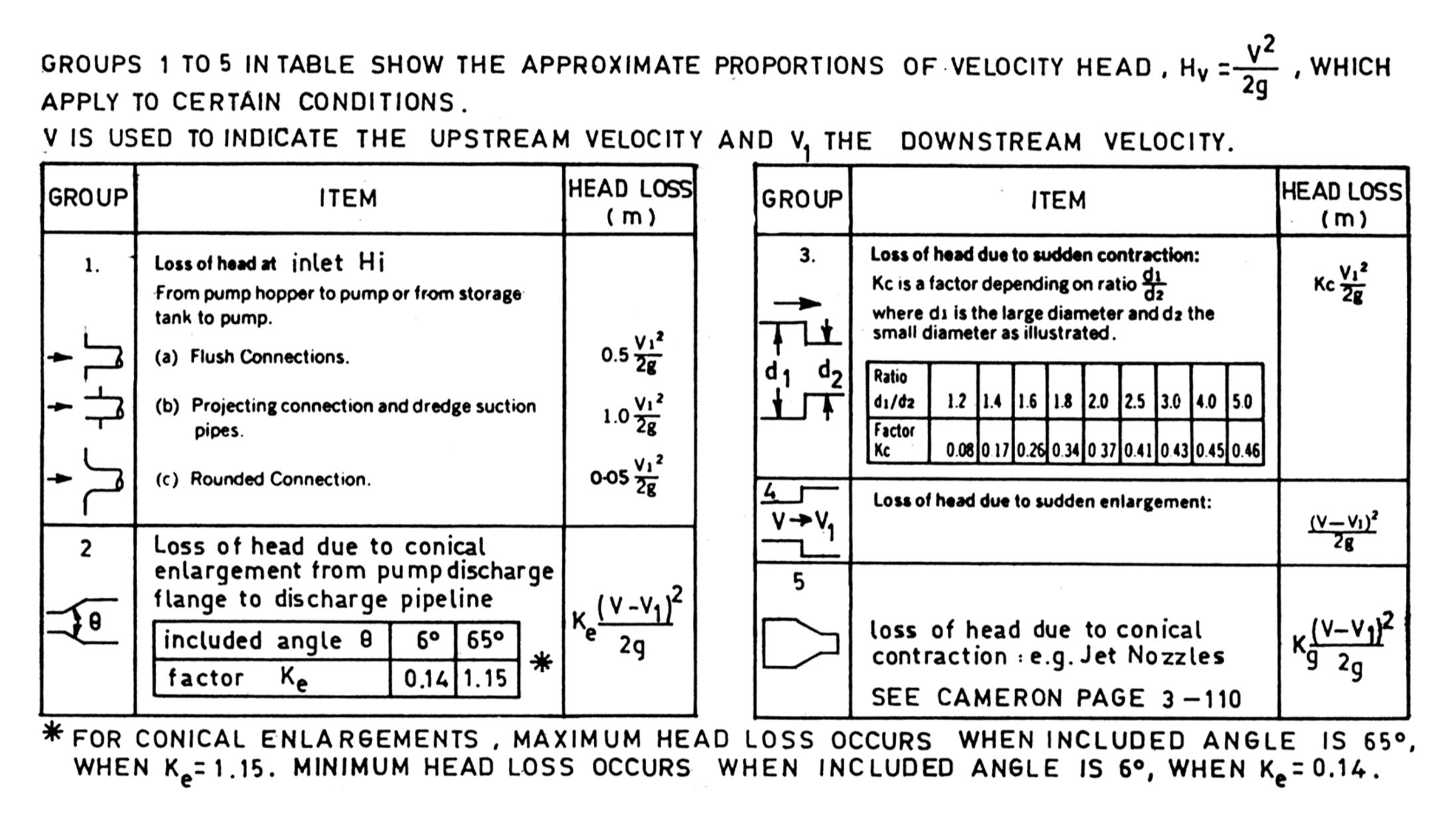 FIGURE A4-4 HEAD LOSSES AT INLET, CONTRACTION AND ENLARGEMENT

d) Sundry Additional Causes of Effects on Hfs or Hfd

The calculated values for Hfs and Hfd must be corrected to allow for permanent friction head losses when any in-line restrictions, such as flowmeasuring devices, are intended to be installed (for example, quarter-circle orifice plates).

Figure A4-5 depicts a mixture of Specific Gravity, Sm, flowing upwards and drawn from a supply of settled solids and overlying liquid, Sl. As the liquid of the same vertical height, Zl. The resulting effective static head loss is known as the differential Column Head loss, Zc:

Sm is greater than Sl, the vertical height Zl, of mixture in the submerged portion of the suction pipe is not completely balanced by the surrounding

Where this condition exists, Zc must be included as an additional head loss in the pipe system. This would effect both total head and NPSHa (refer to APPENDIX 6 – NET POSITIVE SUCTION HEAD (NPSH)).