The self aspirating Wemco flotation technology: whether incorporated into the original 1+1™ Flotation Machine design or newer generation SmartCell™ Flotation Cell combines ease of operation with improved metallurgical performance. The Wemco rotor is positioned higher in the flotation tank resulting in the following advantages:

Wemco self aspirating flotation technology has been the industry standard for decades. It has been updated, adapted, and refined into the SmartCell to meet the demands of modern, large scale concentrators.

The Wemco SmartCell Flotation machine is available is sizes up to 500m3 to accommodate the largest mining operations in the world.

In applications with lower tonnage throughput, traditional rectangular shaped tanks may be the most economical selection. For these applications FLSmidth offers Wemco 1+1™ self aspirating technology. 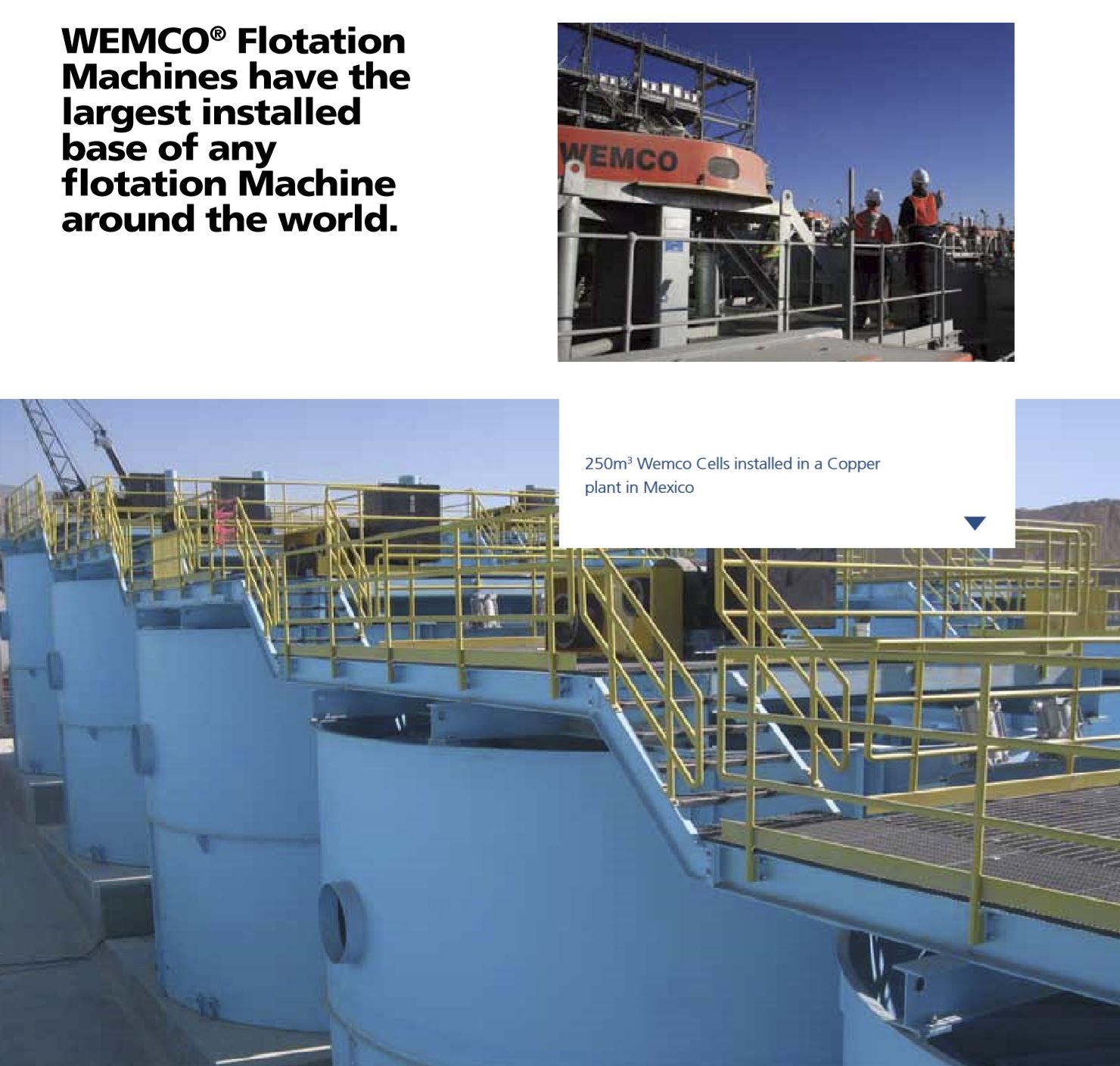